June 23, 2021 - Ex-Common Council on the radio, Ex-Councilman Joe Marino Pt 2 - Roles of Utica Mayor & Council in Funding Parking Garage Project. conveniently doesn't tell radio audience the hospital resolution story. It was not created by the council's economic development committee, that he chaired, but stated it was. It was also dropped onto the council at the 11th hour, not placed onto agenda, leaving out the public, again.

July 11, 2017 - The Utica Common Council passed a resolution regarding the downtown hospital funding. The resolution was created by the council's economic development committee, chaired by Joseph Marino. Councilman Marino promised more information on the meeting and the resolution's creation multiple times. However, the information was never produced, a citizen FOIL'd for it, and then...

The below resolution was created by someone, but we don't know who or when, or what deliberations were considered as no minutes exist! We understand meetings held by the Economic Development, Municipal Housing, Urban Renewal Agency & D.U.D.A. Committee, discuss "any property, municipal housing, contract presentations and legislation affecting the City of Utica", and that's the committee that produced it... 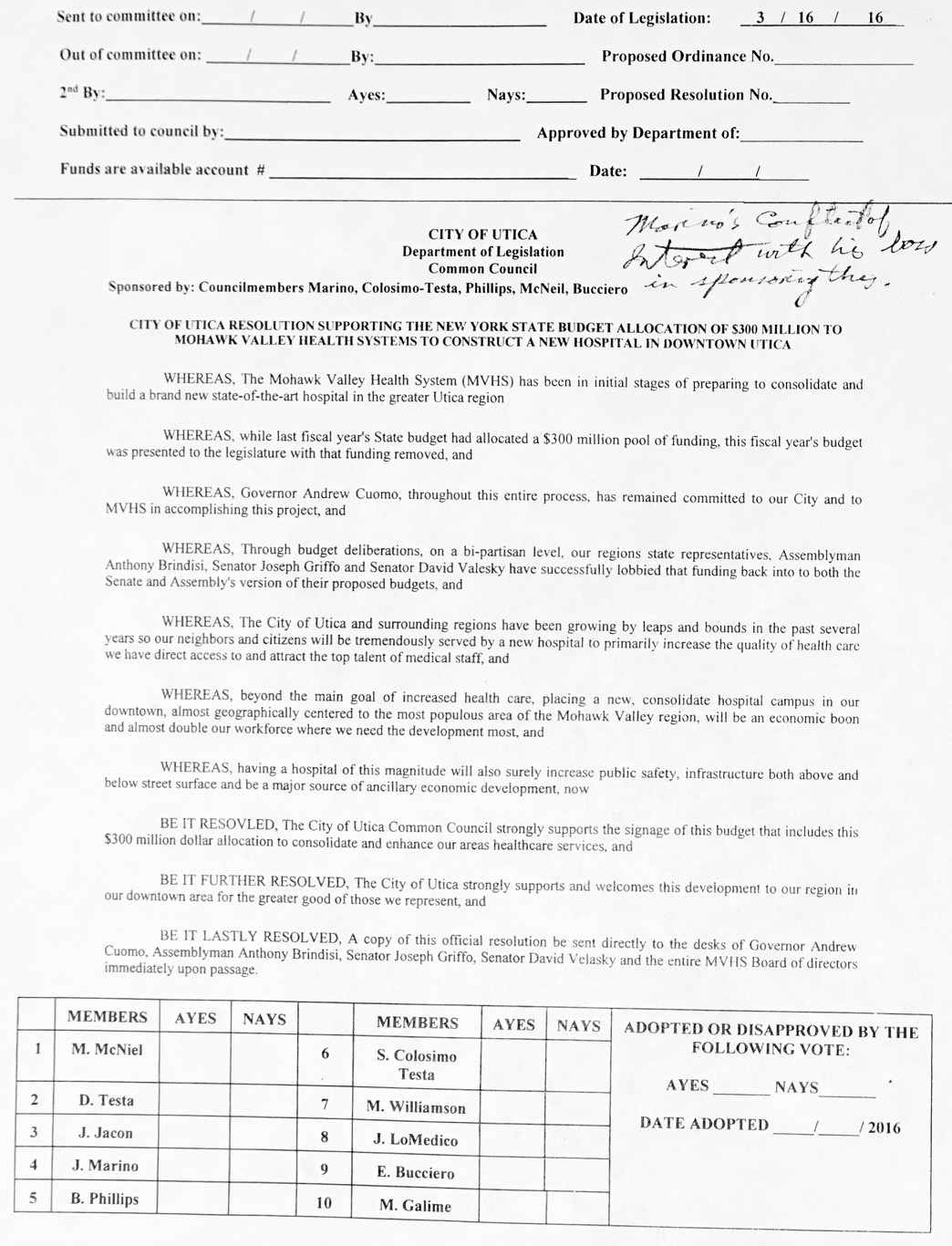 Why did the Utica Common Council Seek A Resolution On The "Downtown" Hospital So Early?

Read about others who support, and or have orchestrated, the corrupt hospital process, We Created The Downtown Utica Hospital Scheme